February is the new January !

If you've taken one of my yoga classes this week, you might have heard me say this: "February is the new January"

Last month was a tough one for a lot of us. Though we entered January 2021 with thoughts that things would be different, thinking the pandemic was behind us (meaning we entered 2021 with hope, even though we then got disappointed later on in the year) we entered 2022 already stressed, jaded and sometimes even with a cynical outlook on the whole thing.

"Been there, done that", we thought.

Meaning, let's start this month leaving the past behind and starting anew. January was tough, yes, but February brings hope and a new motivation. I see you guys are going strong in Livestream classes, and looking at the analytics, you've been spending more time doing On Demand videos this month ! Congrats for that !

Let's make February the start of a new year, filled with new (and attainable) goals, a will for change and a commitment to being positive and taking care of our body.

I hope I can see you all in class to start the new year off right, and that we can keep connecting more and more. Because there was at least one amazing thing I learned last

month: you guys are now taking classes from 24 countries in the world, and the Squad reaches from San Francisco, California, to Seoul, Korea.

And that's the best news to start the year on :)

Join in the fun

Why morning workouts are the best (trust me, they are!)

February is the new January !

How to sustain healthy habits beyond January

New Year, new resolutions: How to set realistic goals (and reach them) for 2022

I just moved to Paris

This just in: Half in Berlin, Half in Paris ! 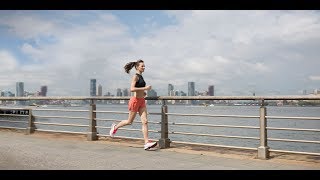 ASICS x Furthermore collab is out ! Run with me & ASICS in this cool video :)

Teaching in The Hamptons this summer ☀️